Summer is already here and for many ladies, they still haven’t gotten themselves into shape, even when they wanted to do so. Inevitably, a trip to the beach or the pool is scheduled, and they realize they’re going to be wearing their favorite bikini.

Folks want to look their best in a swimsuit, but haven’t set aside the time, to make it happen. But what if you have between 2 weeks and 30 days, until the beach, can you get a lean bikini body in that time frame?

Can You Get Bikini Body Ready Fast in 30 Days or Less?

I suppose that in a general sense, that depends on what one means by bikini body ready. If you want to look like an IG fitness model and currently don’t work out, that’s not going to happen.

However, one can lose a significant amount of fat, in under one month. The overall shape one is in at the end of the time period, depends on both the starting point, and amount of time. 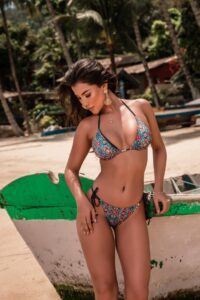 If you have two weeks, you can expect to drop, roughly 10 lbs or less. If someone is significantly obese, they would be able to lose a bit more, but 10 pounds is a lot in that short time frame.

Please don’t get discouraged, if you were hoping for higher numbers. The visual difference of being 10 to 20 lbs lighter, is actually quite striking.

Also, don’t try to chase some crazy amount of weight loss in a short period of time, as it can easily stray into unhealthy territory.

For most transformations (getting a lean physique), is going to take in the 6-12 week range, to complete entirely. You do make great progress along the way, but in the future, leave yourself more time to cut down before beach season.

What’s the fastest way to Lose Fat in 30 days?

Again, I’m not big on trying to lose weight really quickly. It’s overwhelming and it can cause you to lose muscle gains, as well as fat. Which sucks, if you lose any tone or mass, you’ve worked for. 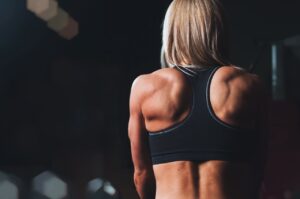 However, the fastest fat burning diet that I’ve tried, is carbohydrate cycling. This technique uses low carb days, followed by a higher carb ‘re-feed’ day. This re-feed allows your muscles to replenish glycogen stores for energy.

The most effective split for me, is: 3 days low carb, followed by 1 day high carb.

Low carb days, I eat 0.5 grams of carbohydrates per pound of body weight.

Higher carb days, I eat as many as I want, within my caloric limit. So, I’m still not stuffing my face, just rearraigning the macronutrients (fat, protein, and carbs).

To figure the amount of calories that you need each day, download a fitness app, and put in the information it asks you. It will give you the number of calories you need to maintain the same weight you currently are, and then, give you the range to stay in a caloric deficit.

Remember, during those low carb days, it’s 0.5 x body weight. So, if you weighed 150, you’d eat 75 grams of carbs or thereabouts. All while staying in the calorie range, the fitness app tells you to.

Personally, I hate being on a low carb diet or cycling carbs, which is why I only do it for short periods of time. Carb depletion makes me feel tired, weak, and temperamental.

This is another reason why giving yourself plenty of time to drop fat, is a great idea…you can still eat carbs and drop fat.

I do weights and cardio workouts. The cardio program that I use is called, Visual Impact Cardio.

It’s tough as hell at times, but gives you three separate 8 week cardio programs to choose from (beginner to advanced). It lays everything out for you step by step, so, if you’re clueless about designing a workout this is a great option.

It’s what I use when I’m in fat burning mode and I enjoy the challenge and results, that I get. It does cost money, but it’s quite inexpensive $37, as of writing. Plus, there’s a 60 day money back guarantee, if you don’t like it.

If you want to do your own workouts, during this month…do try to throw in a rest day. At least, mix up the cardio, so you aren’t going hard every single day. For instance, throw in walking or walking on an incline instead of running.

Trying to go hard for a month straight, is utterly exhausting. So, there are days when you’ll want to pull back. Don’t do heavy running or weight lifting, on a daily basis, it’ll burn you out.

Just stick to the diet and keep in that caloric deficit. Again, you don’t need to overdo, any aspect of this. Just set a reasonably aggressive pace and stick to it. 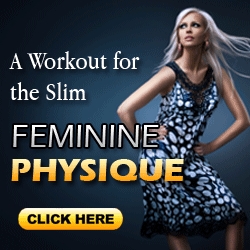